Nepal is a fascinating country with different terrain: low land plains, hills and mountains. The country’s south is mainly low lying land with lots of protected forests and densely populated villages. The lowland is rich and fertile with a tropical climate and wildlife to match! The central area consists of large and verdant valleys; rich in culture and ancient traditions, and the north is mainly mountainous, snow-capped and rugged. Nine out of the world’s ten highest peaks stand in this northern part of the country. The diversity of nature also couples with a variety of ethnicity with a rich cultural heritage. 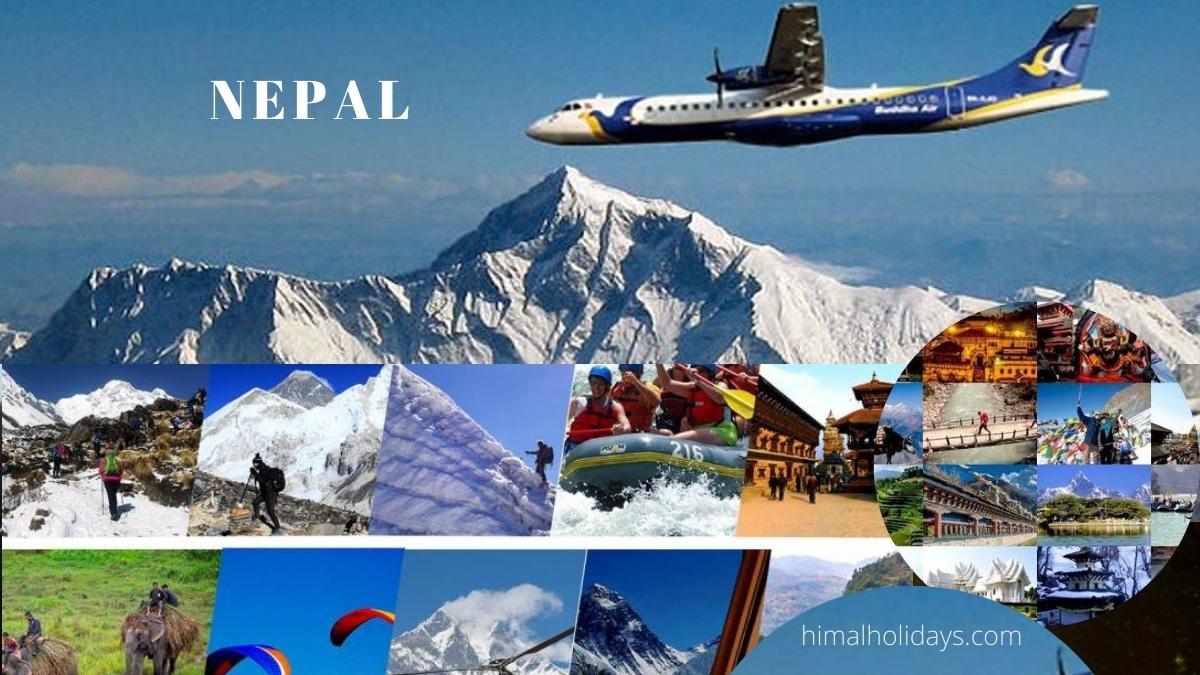 Located between India and China in South Asia, Nepal is a Himalayan country. The country is 93rd in landmass and 41st in population, with approximately 26 million people. The NPL covers about 147,181 square kilometres. It is located between a height of 70 meters and 8 848 meters. The NPL offers an incredible diversity of sightseeing attractions and adventure opportunities. In the north of the country, bordering Tibet, are nine of the world’s ten tallest mountains, including Mount Everest, the world’s tallest mountain. More than 240 peaks are rising over 20,000 ft (6,096 m).

Nepal is the birthplace of the Lord Gautam Buddha and is the country of the living Goddess. Besides, it has a living cultural museum known as a cultural melting pot. We can see Hindus & Buddies celebrating various festivals throughout the year according to lunar routine and solar routine. Their cultural diversity is beautiful to the world. Nowhere else on the globe is found this astonishing diversity of sightseeing attractions and adventure opportunities as Nepal offers. The country is a potpourri of ethnic groups and sub-groups who speak over 70 languages and dialects.

Nepal has a rich geography. Mountains, mid-hills, valleys and plains dominate the geography of landlocked Nepal, which extends from the Himalayan range in the north to the Indo-Gangetic lowlands in the south. As many people know the favourable climate condition, we can reach our desired weather location within a couple of hours’ drive. If you want to visit hot weather, then Sauraha (plain land) is the best place to hang out with a jungle safari and elephant bath. On the other hand, Kathmandu and Pokhara are for warm weather with city sightseeing, including traditional cultural tours, paragliding (air sport), and rafting (water sport).